TC: Can you define what the word heritage means in relation to roofing…

SC: Heritage is the ability to recognise traditional methods and materials on a given roof and be able to repair, re-lay or renew to the same appearance, including sometimes having to incorporate necessary modern upgrades in a way that does not affect the character of the building.

TC: How big a leap is it for a roofer operating in the volume housing market to diversify into the heritage sector?

SC: It is a very big leap. It takes many years just to gain the experience needed to identify the roofing type and attachment or to specify a heritage project, due to the “local” nature of many of the different types of heritage roof coverings that there are in the United Kingdom. Even the most experienced of specifiers will sometimes recognise a material that has come from a different part of the British Isles, and would often have different methods of fixing, than say a local material. The operatives working on the roofs would need to have a great deal of experience in the various types of roof coverings and the traditional way of installing that they are being asked to repair, re-lay or renew.

To be classed as a “craftsman” in heritage roofing, they would need to gain an NVQ Level 3 in Slating & Tiling, and then carry out various additional modules to gain their heritage qualifications. If an operative in the volume housing market is good at what they do, has an eye for detail and has a yearning to carry out work that tests them much more, with the correct guidance, training and plenty of patience, there is no reason why they cannot diversify. Finally, you have to bear in mind that in the volume housing market, much of the detailing work involves the use of dry-fix systems to satisfy BS 5534, the revised Standard and BS 8612, whereas heritage would not have dry-fixed products, so the tiler must be adept with a trowel!

TC: What are some the key considerations that need to be taken into account when installing bespoke roof tiles and materials?

SC: Often, it is the technical side of this that can be challenging. Peg tiles are often very different from the modern plain tiles in that they are sometimes much shorter and, therefore, the batten gauge has to be adjusted to ensure the correct headlap. Stone slates and even some of the larger slates may have a different method of fixings, such as being head-nailed. Some stone slates need to be wet-bedded using lime mortar and some plain tiles may even need lime torching on their undersides. There again, in our area, Horsham Stone can be laid in one of two ways. The first is double-lap – where the stones are centre nailed and laid in a similar way to random slates except, due to the unevenness of the stones, sufficient lime mortar is required to prevent each stone from “rocking”. The second way in which Horsham Stone roofs can be laid is as single-lap, where natural slate “shadows” are used under the side-laps to attain the necessary waterproofing. Variations depend upon the region where the work is being carried out. It is important that the contractor can identify the correct fixing method of the material that they are using, as much as the correct detailing that is required.

TC: What are some of the more interesting, unique and rare tiles and materials that could be used on heritage projects?

SC: That would very much depend upon where the person you are asking comes from in the UK! Personally, I like Horsham Stone Roofing but these projects come about so rarely. However, if you ask someone from Lincolnshire, they may say Collyweston Stone Roofing, someone from Devon or Cornwall may say Rag Slating and someone from Gloucestershire may say Cotswold Stone Roofing. Of course, anyone who carries out works using any random width and length roofing materials, finds the work very interesting, challenging and it gives the opportunity for them to “show off” their abilities. In our area, hand-made clay plain tiles dominate the Listed Buildings, so this is the bulk of what we do. I do like a plain tile roof with lots of bonnets, valley tiles or laced valleys, with the mortar being hydraulic lime and suitable aggregate, so that the tilers can truly demonstrate their craft.

TC: What are some of the unique difficulties / details a heritage roofer might face?

SC: Often, it would be sourcing suitable materials for a Heritage project. In many cases, certain stone slates are no longer quarried and the vast majority of slate quarries have ceased production, as they are uneconomical. Of course, there are sometimes sources for salvaged materials, but the contractor would have to look very carefully at the quality of the material they are buying, and should ensure that it is the genuine article. The other unique difficulty would be that many of these Heritage Properties are Listed, or are within Conservation Areas, so the contractor has to be willing to deal with local conservation officers, who would have to approve any specifications and material samples. Finally, I would say that weather is one of the most restricting factors. Many Heritage projects require lime mortar to be used. This restricts many roofing projects to be carried out during the “lime season”, generally from April to October, due to the slow curing times for most lime mortars and the effect that low temperatures can have on it.

TC: If you are reusing tiles or sourcing used tiles on a heritage project, what are the risks and what should contractors look out for?

SC: I would say that the main risks the contractor should look for are quality, sufficient quantity, ensuring that the material is of precisely the same type as the original and, finally, proof of ownership from the seller. It would not be a good idea to use material that may have been stolen from another building, as the owner may be able to reclaim it! This is why I would normally only suggest using a dealer that is on Salvoweb and who has signed up to the Salvo Code. This is not a Code of Conduct as defined by law, but it does maybe give that extra layer of protection.

TC: How is the heritage sector performing currently?

SC: That is a very difficult question to answer. With my company, we are now taking orders for the second half of next summer. Looking around, it does seem that some other companies are busy, with large heritage roofing projects, but I know of some other companies that are quite quiet. Heritage roofing has its own set of rules and often the buildings are repaired far more often than, say a 1920’s or 1930’s property, due to higher cost of the work, which is mostly due to restrictions on the type of material that can be used.

SC: I would say yes, fairly. We, as a lot of the other members of the National Heritage Roofing Contractors Register – which has been formed by the National Federation of Roofing Contractors (although open to non NFRC members as well) – are becoming more recognised by Heritage Agencies and Local Authorities as being the preferred contractor of choice, which does mean that enquiries are usually steady. However, a great deal depends upon budgets being available to carry out such a major project as re-roofing, especially on a Listed Building. I suppose it is down to the customer’s confidence in the economy as much as anything else, especially owner-occupiers. During recessions, the Heritage Sector is probably hit just as hard as everyone else, and those buildings within Public ownership could be affected even more so if Public Spending is cut. Often, Heritage Projects are all “one-offs”, so you could be working on the same building for anything from three months to maybe three years! This of course can be quite settling for a company, although I would imagine that with new house building, with come estates being in the thousands of houses, the winners of those tenders probably feel the same.

TC: Is it a competitive sector of the market?

SC: I would say that it is. There is no requirement for any companies or roofing operatives to have qualifications in Heritage Skills on privately-owned buildings, so this area can be very competitive. Some Local Authorities and some Heritage Agencies “prefer” to have roofing contractors from the National Heritage Roofing Contractors Register, but I do not believe that this can be enforced, as yet, so, in most cases the work is out to tender, and normal tender rules apply.

TC: Which heritage projects stick in your mind from over the years?

SC: I am afraid that working in this sector often means that we have to sign up to Non-Disclosure Agreements, due to the very nature and locations of the work. In other cases, where private houses are concerned, with GDPR being as it is, we cannot really name buildings that we have worked on, without gaining full permission from the owners. However, we treat every heritage roofing project the same, and we enjoy working on them. Some are really challenging, due to access issues and some can be full of nasty surprises, such as unexpected structural issues with oak rafters and purlins. To be fair, heritage covers all pre-1919 buildings, so one project may be on a 16th century cottage, the next may be a fine Georgian house and after that we may be on a Victorian or Edwardian house. I suppose, in my case, if I had to pick the most memorable, it would be the phased re-roofing of St Peter & St Paul’s Church in Godalming. This involved some slopes having peg tiles re-laid, some with new clay tiles and replacement of long lead valley gutters with new lead. This was carried out over a period of ten years. From the age of just under ten, I had lived in the area, had always admired “old buildings”, and this church is in a very prominent position. It also helps that my mother is a bell-ringer at the church! 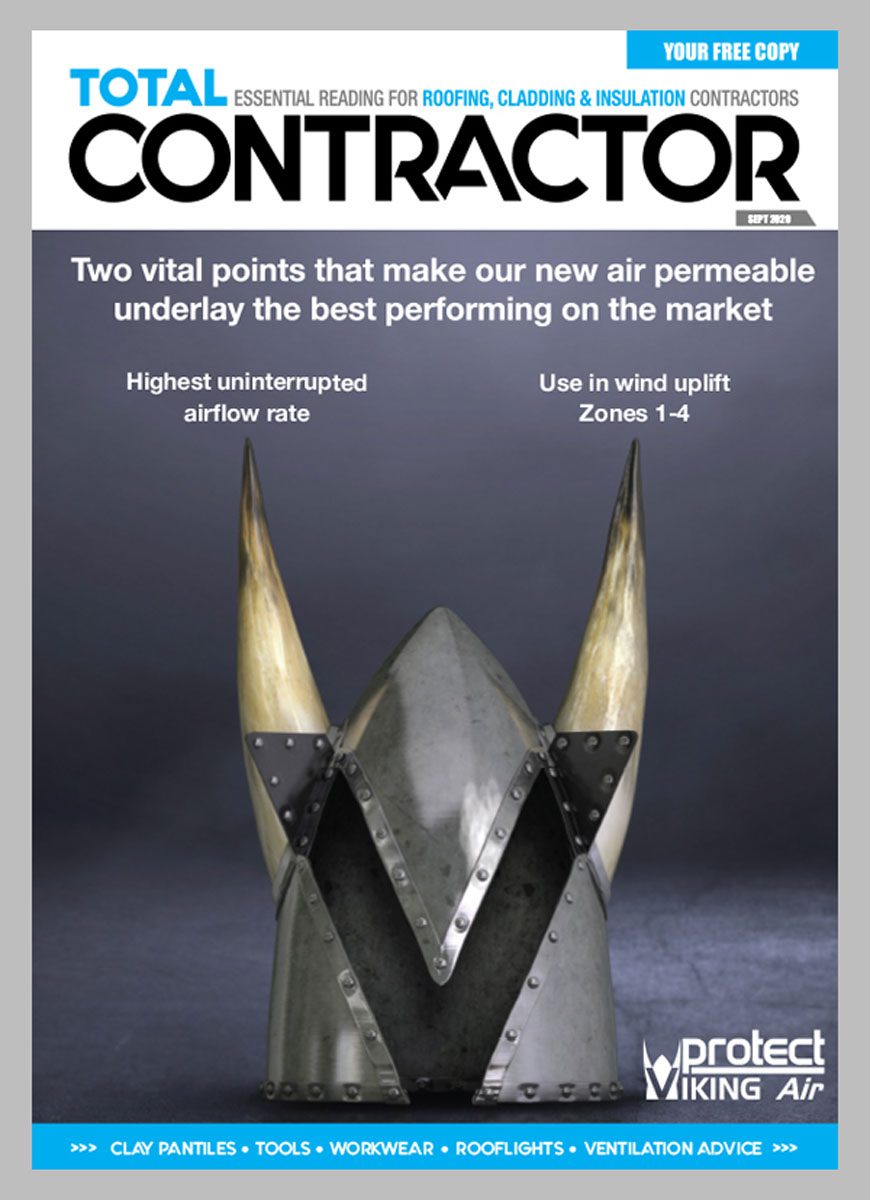