“Know your craft, know your market”

He’s been roofing since a very young age and his experience has seen him build a successful business and go on to win awards as an individual and for projects his company has worked on. But what really frustrates Jason Wright about roofing? which projects have really stood out in his long career and why? plus, what tools could he not do without? Total Contractor caught up with Jason to find out all this and much more…

10 questions for Jason Wright (above centre):

TC: What was your path into roofing and to your current position?

JW: From the age of 8, every weekend and all school holidays I was taken to work by my father mainly to keep me out of mischief. By the age of 12 I was labouring for two roofers, and before I was 16 I had my own team.

I completed a full apprenticeship before I was 18 and have gone on to achieve every qualification within my field of traditional pitched roofing.

I was one of the youngest NFRC Chairman for the Midland region and I sit on both the NFRC Heritage Committee and the NFRC Slating & Tiling committee.

I was also the first recipient of the Master Craftsman Award by the Worshipful Tyler’s & Bricklayers in 2013.

My current position within our company is Operations Director with a lead role in new business and our Planned Works Division.

TC: If you had one piece of advice about starting a roofing business, what would it be?

JW: My best piece of advice about starting a new roofing business would be to know your craft, know your market and make sure you have a good accountant.

TC: Tell us about a current project you’re working on…

JW: We have several contracts running concurrently, with the majority in re-roofing social housing stock for several Local Authorities which can range from pre-war housing to 1950s & 60s housing stock throughout the East Midlands, East Anglia, to Victorian, Georgian and even Tudor housing in Royal Leamington Spa and Warwick. This, as you can see, means our work can be varied and challenging in terms of the type of roofs and the logistics.

TC: You must have worked on some difficult projects over the years. Does one in particular stand out?

JW: We have worked on some very interesting projects ranging from Windsor Castle at the time of 9/11 – you can imagine all the security problems that included – to working on the Royal Brompton Hospital which included both logistical problems and restricted hours of working.

However, the project that sticks out is the re-roofing of the Victoria Law Courts in central Birmingham in 2007-2008.

This is a Grade 1 listed active court building with over 20 courts. As such we had to re-roof the whole building at night over 18 months. We also won the NFRC Heritage award in 2009 for our workmanship on this project. 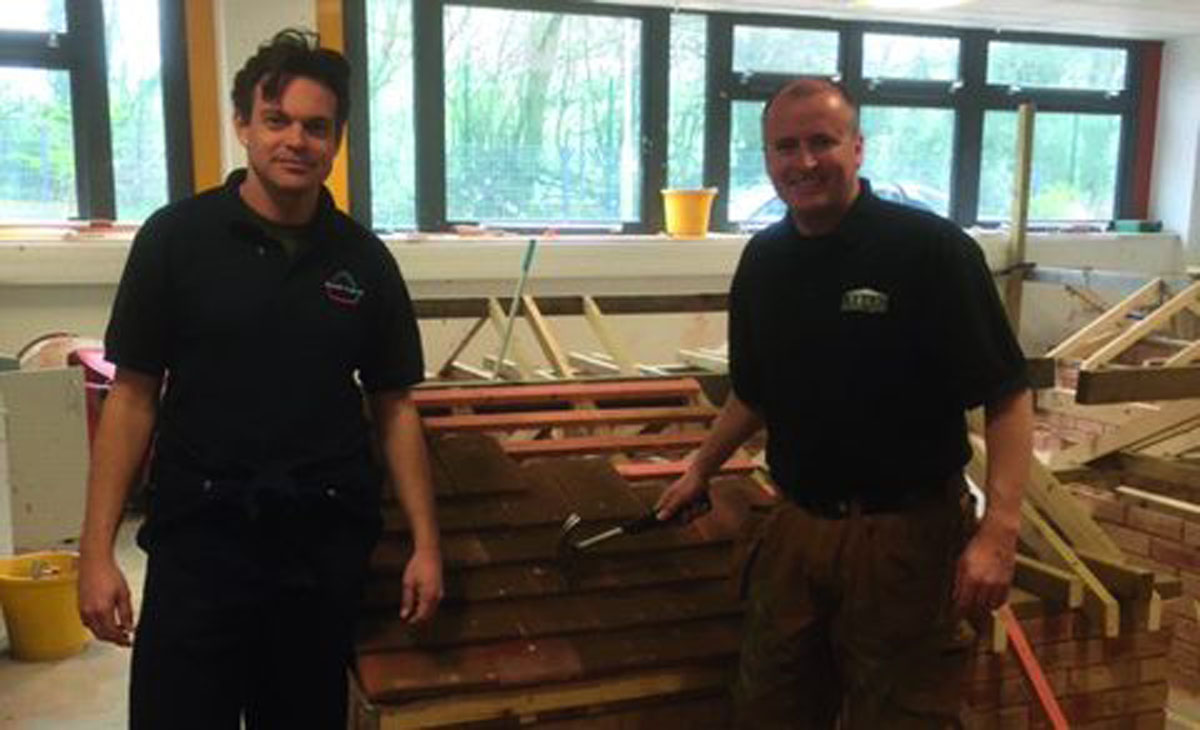 TC: What about difficult customers? Any situations that stand out that you can tell us about?!

JW: In terms of difficult customers we have not had that many. What I would say is a big issue is having larger main contractors deliberately withholding monies through a layer of QSs, and then deliberately going bust owing thousands to the smaller, honest sub-contractors only to start up again almost straight away! I feel something really has to be done and the law needs to be changed to protect the smaller contractors and to stop this practice.

TC: What’s the most frustrating thing about your job?

JW: The most frustrating thing about my job and indeed our industry as a whole is qualified, vetted and accredited companies losing out on tenders to less qualified companies.

It is so annoying that our industry is still one of the only sectors whereby anyone can buy some vans, a set of ladders, do some clever marketing and call themselves a roofing company! How can that happen?! This really gets my blood boiling!

The second most frustrating thing is other companies poaching our qualified roofers when they don’t do any training whatsoever.

TC: And the most satisfying?

JW: The most satisfying aspect for me personally is seeing a young school leaver join us to complete an apprenticeship and watch them grow into young adults and gain a qualification onto not just a job, but a proper career path.

Winning tenders comes a close second, along with getting paid on time. 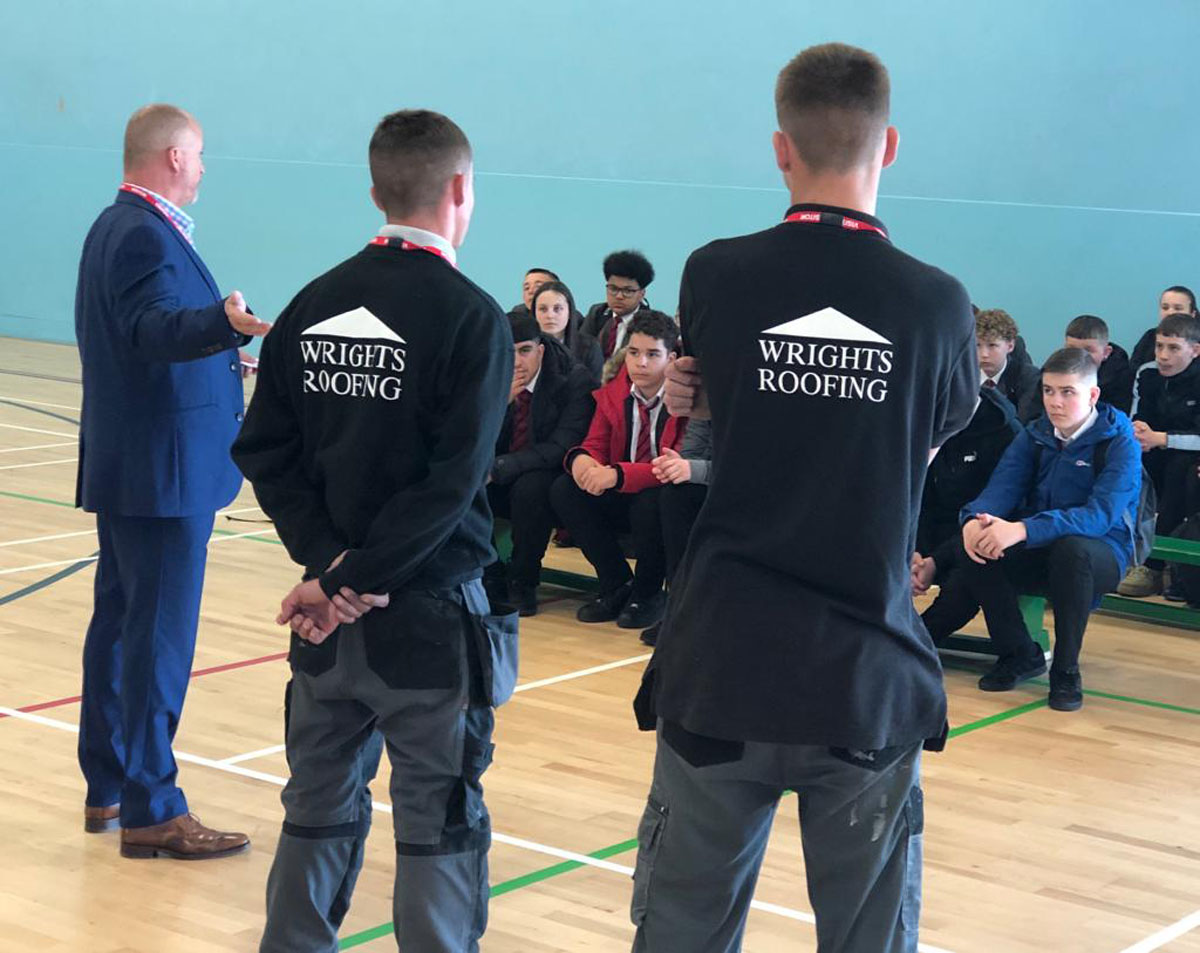 TC: What’s your most important tool as a roofing contractor, either in the office or on site?

JW: My two most valuable tools are my diary and my iPhone.

TC: What’s the biggest issue currently affecting you as a contractor?

JW: The most important issues affecting me at the moment are unregulated, unqualified contractors still giving our industry a bad image. This is coupled with the shortage of skilled labour which I am afraid is only going to get worse despite the best efforts of recent national initiatives.

TC: How has the start of 2019 been and are there reasons to be positive for the remainder of the year?

JW: I am pleased to say after a record year for our company in 2018, in 2019 we’ve got off to a great start again with new frameworks recently awarded and our current order book is at over 80% of last year’s turnover already, so we’re looking good through to 2020 and beyond.

This will enable us to continue recruiting both in the office, on site and expand further on our apprenticeship programme.

Navigating the double squeeze as costs rise and...

“In construction things can change in an instant”

“I am a believer in practical experience and...

“It is vital to build long-standing relationships and...

“It’s hard to switch off”

“Always remember that you are only as good...

“The learning curve was a steep one, particularly...

“Challenging customers have helped me improve the business”

“No point in having the gear if you’ve...