A Proctor Group’s Roofshield has played its part in the transformation of the Royal College of Music in London, with roofing contractor D. Harkin & Co. Roofing calling the membrane’s performance “second to none”.

The prestigious, world-renowned Royal College of Music (RCM) in London has been given an extra layer of protection in the form of Roofshield, which has long been recognised as one of the highest performing roofing membrane solutions, providing a pitched roof underlay which is both air and vapour permeable.

Since opening its doors in 1883, the college has witnessed the development of some of the world’s most talented musicians. The original Victorian building, designed by Arthur Blomfield has continued to serve the changing needs of students, and now as part of the More Music Campaign: Reimagining the Royal College of Music building development, the campus is being transformed to enable it to continue to provide outstanding music education and facilities for musicians of the future.

Designed by architect John Simpson, the reimagined RCM will boast an impressive selection of new buildings with the award-winning UK construction contractor Gilbert-Ash managing the development. Specialist roofing contractor D. Harkin & Co. Roofing was appointed to carry out roofing works to the extension as well as a partial re-slating of the existing building.

As part of the roofing specification, D. Harkin chose Roofshield air permeable roofing membrane from the A. Proctor Group. The product’s exceptional performance has been demonstrated in the toughest locations around the world.

Its characteristics allow even very complex pitched roofs to breathe, without the need for air gaps or secondary venting. Danny Harkin Managing Director of D. Harkin & Co explained: “A key factor in this prestigious project was to resolve the ventilation requirements for the roofingextension. We chose Roofshield because of its superior air permeability, which removes the need for any additional mechanical ventilation and assures the highest form of protection for the new buildings. We have used Roofshield successfully on many of our projects and believe its performance to be second to none.”

The incorporation of Roofshield into a project can lead to savings in both labour and material costs, due to no VCL being required. The high-performance air permeability of Roofshield means that the roof space will have similar air changes to that of a roof using traditional eaves/ridge ventilation.

Many vapour and air permeable underlays use an airtight VP film layer to achieve their performance. The patented SMS (Spunbond Meltblown Spunbond) structure of Roofshield allows high levels of airflow, in addition to the transport of moisture vapour, making the formation of condensation in the roof space virtually impossible. The extremely high degree of vapour permeability and air permeability of Roofshield means that it is able to perform in conditions in which air tight alternatives will not.

Getting to the bottom of efflorescence on concrete...

Making the cut safer and quicker 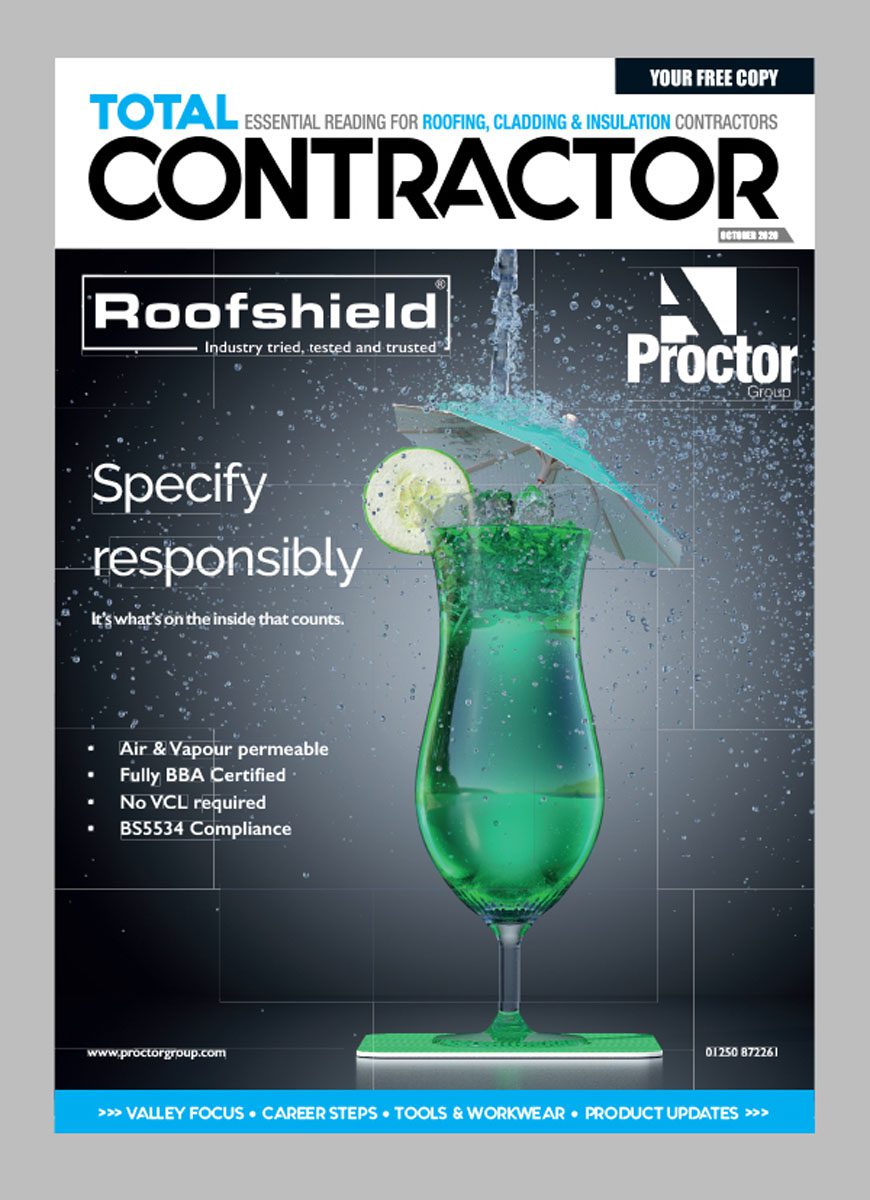