Home Contractor's Corner “The learning curve was a steep one, particularly at the start”

“The learning curve was a steep one, particularly at the start”

TC: What was your path into roofing and to your current position?
NH: I started work in the summer of 1988 for a local commercial roofing contractor as a trainee estimator. I was 17 and had been at college the previous year studying for my A-levels. It hadn’t gone well, and it was suggested by the college that I didn’t return for the new term.
My parents were less than impressed and that disappointment grew when I started a career as a ‘roofer’. However, over time they started to warm to the idea. My Mother was impressed when I was given a Barbour wax jacket as a company coat and my Dad cheered up when a company car quickly followed.
I left in 2003 and joined BriggsAmasco in the role as Business Development Manager. Coming from a company of 12 to a business with hundreds of employees and a big company feel, it was all a bit of a shock. The learning curve was a steep one, particularly at the start. But I stuck at it, and with the support of a few great colleagues, some great experiences working on a huge variety of projects and a few different roles along the way, it worked out.
At the start of the year I accepted the role of Pre-Construction Director. It means embarking on another steep learning curve, which has impressed my older colleagues no end! 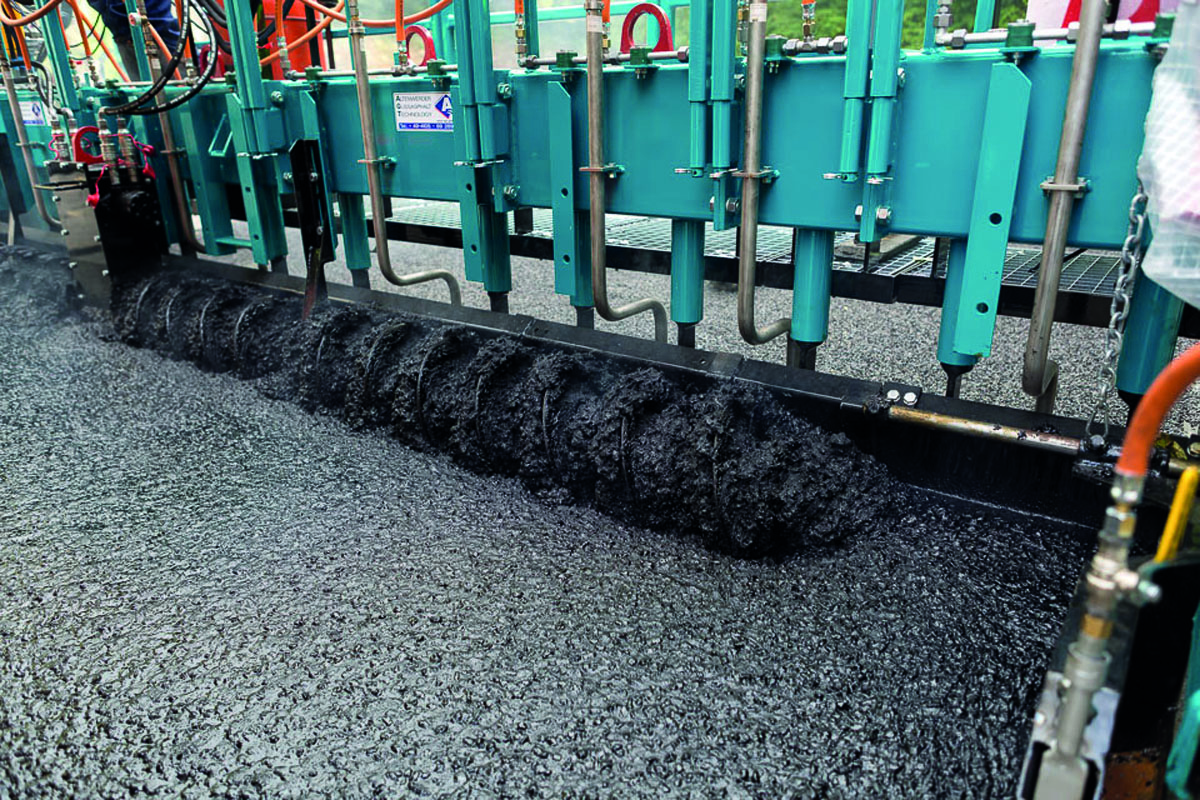 TC: If you had one piece of advice about working and progressing in the roofing sector, what would it be?
NH: A roofing contractor might, on the face of it, not look the most exciting choice. However, there is a career to be made here. My advice is start with a good company and then work hard; it’s that Simple!

TC: Tell us about a current project you’re working on…
NH: I wish it was only one… With any role in pre-construction, the challenge is always how to work on and manage many projects and bids simultaneously.

For 99% of the time the customers are great. Occasionally you get a difficult one and have to admit that it’s just not meant to be.

TC: You must have worked on some difficult projects over the years. Is there one that particularly stands out?
NH: Battersea Power Station: a true once-in-a-career opportunity and a privilege to be involved with such an iconic building. I pass near the site most mornings on the train, and seven years after my first project meeting I still glance across at the site.

TC: What about difficult customers? Any situations that stand out that you can tell us about?
NH: For 99% of the time the customers are great. Occasionally you get a difficult one and have to admit that it’s just not meant to be. But in other situations, with time and effort, that difficult customer becomes the best customer, and that’s a great feeling.

TC: What’s the most frustrating thing about your job?
NH: Winning the argument technically, but losing the project to a much poorer solution because the bottom line is out by a few percent.

There is a career to be made here. My advice is start with a good company and then work hard. Simple!

TC: And the most satisfying?
NH: When the business is given the opportunity to get involved in a project at an early stage, with the time to identify and find solutions to problems, and then seeing those ideas taken forward and worked into a successful project.

TC: What’s your most important tool as a roofing contractor, either in the office or on site?
NH: People are more important than tools – they are our most precious resource.

TC: What’s the biggest issue currently affecting you as a contractor?
NH: Ah, we almost got to the end without a mention of Brexit… But the uncertainty being created over the EU situation is definitely holding the market back.

Winning the argument technically, but losing the project to a much poorer solution because the bottom line is out by a few percent.

TC: How has the start of 2019 been, and are there reasons to be positive for the remainder of the year?
NH: It’s been great so far and the outlook for the rest of the year is also looking really positive.

‘Howzat!’ for a cladding project?

Trousers that are more than fit for purpose 

NFRC shines a light on the role roofs...

Kick It With Keylite returns to raise mental health...

Navigating the double squeeze as costs rise and...

First accredited roofer in the country under the...